Will Covid-19 change how the worlds hold climate change talks?

Will Covid-19 change how the worlds hold climate change talks?

As nearly the entire globe remains in lockdown and international travel is almost at a standstill, international meetings are being cancelled and often replaced by conference calls on Zoom and other online meeting platforms. Many universities and even schools are hosting classes online as well. And there is no end in sight to either the pandemic or its economic consequences around the world.

In this situation, the government of the United Kingdom, which was supposed to host the 26th Conference of Parties (COP26) of the United Nations Framework Convention on Climate Change (UNFCCC) in Glasgow, Scotland, in November 2020, has decided to postpone it to sometime in 2021 although it hasn’t specified the exact dates yet.

While the decision to postpone the COP was undoubtedly a correct one in light of the pandemic hitting the UK so hard, the climate change impacts are unfortunately not taking a break because of the pandemic. Just a few days ago, a devastating typhoon hit Vanuatu and Fiji in the Pacific and caused significant devastation which has only added to the problem of dealing with the Covid-19 pandemic and social distancing measures required to deal with it.

Similarly, climate change impacts around the world, including in Uganda, will no doubt continue and add to the miseries being felt due to both the public health and economic consequences of the pandemic. Hence, climate change discussions cannot be put on hold, and we will need to come up with a plan to complete some tasks in 2020 and not just postpone everything to 2021.

Below, I would like to offer some ideas for consideration by both the Secretariat of the UNFCCC and the COP26 Presidency to take necessary actions forward without losing momentum.

The first point to note is related to a somewhat interesting aspect of the decision to postpone the COP—that it will now be held after the presidential election in the United States, and there is a strong possibility (and indeed hope) that Trump will be defeated and the incoming Democratic president will immediately rescind Trump’s decision to withdraw from the Paris Agreement. Having the US back as a major player to implement the Paris Agreement will be a significant game-changer in taking necessary global actions to tackle climate change.

Another action that was supposed to happen at COP26 is for every country to submit their revised action plans to tackle climate change (called Nationally Determined Contribution or NDC) in order to raise their ambition levels to reduce emissions of greenhouse gases commensurate with keeping the global temperature below at least 2 degrees Celsius, if not 1.5 degrees.

An interesting fallout of the global economic shutdown due to the Covid-19 pandemic is that fossil fuel prices are dropping drastically as there is a glut of oil on the world market. The oil-producing companies and their client governments are desperately trying to keep prices high and also bail out the companies using taxpayer’s money. Such actions are to be opposed, and we need to allow the fossil fuel companies that are unable to survive without subsidies to go bankrupt. The clean air and clear skies as well as nature that have returned to some parts of the world can indeed be kept if the shift to clean energy sources is allowed to accelerate, rather than letting the polluters go back to polluting. Such an opportunity will not come again.

The second point is to take a cue from a major lesson of the Covid-19 crisis which is even more relevant for the even bigger crisis of climate change that every day that passes without taking necessary actions in advance of the problem getting out of hand matters, and decisions have to be made and implemented forthwith.

Hence, the most important part of tackling the climate change emergency is to make the necessary investment and public health decisions required to both tackle the ongoing pandemic and reduce the impacts of climate change. This means that, both at the national and global levels, the huge amounts of fiscal and economic stimulus that will be needed to get the global economy back on track must support a radically different, green economy for the future and certainly not the old polluting economy that had caused the emergency in the first place.

In this context, the meeting of representatives from nearly two hundred governments at the annual COP of the UNFCCC should itself be streamlined to focus on the essential elements while actions to effectively implement the Paris Agreement, which was decided in COP21 in 2015, need to be taken in every country by both governments and other actors.

I would indeed question the need for tens of thousands of people to congregate in a different city every year at the COP. Perhaps we should allow the permanent representative of every government in major UN centres such as New York or Geneva to host the COP every year. As it happens, the intersessional meeting of the UNFCCC happens quietly every year in Bonn, Germany, where the Secretariat is located. While I have attended a few of the 25 COPs held so far as an observer and certainly feel that it has been a rich gathering of civil society and other stakeholders to meet and network, nevertheless I feel that we don’t all have to come together in one city every year to achieve our goals.

Indeed, many meetings are now being held virtually, and it may well be worth exploring how more of the negotiations could be held virtually, while ensuring that access for the poorest and most vulnerable countries is not compromised.

A good example that may be worth emulating at least for the civil society actors who go to the COP every year is the Fridays for Future movement, initiated by Greta Thunberg of Sweden, where now millions of schoolchildren in hundreds of towns and cities around the world, including in Uganda, have been joining hands in solidarity every Friday. Even that movement has adapted its global Friday event to being online due to the need for social distancing because of Covid-19.

So, we need to find a way for the government representatives to be able to discuss and negotiate effectively without compromising the ability of all countries to have an equal opportunity. At the same time, other stakeholders such as civil society groups need to find more innovative ways to join forces across the globe to get their messages across.

The Covid-19 pandemic can indeed be an opportunity for us all to collectively think out of the box about improving our effectiveness without holding a massive jamboree every year. After 25 years of doing the annual COPs in a business-as-usual manner, the time has come for some radical new ways of going about the business of climate change negotiations. 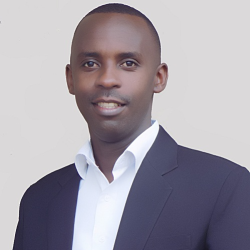